Life had been peaceful in the world of Fœnum. The inhabitants of this world – furry, four-footed, hooved – had thrived for generations, creating culture, building societies. They lived happily, with sweet, grassy pastures at their disposal and great, expansive fields to gallop across. They were free.

But it has not always been so. Long ago, they shared their world with others, also furry and four-footed, but these creatures had teeth. Sharp teeth. They were Predators, and they filled the ungulates of Fœnum with fear. 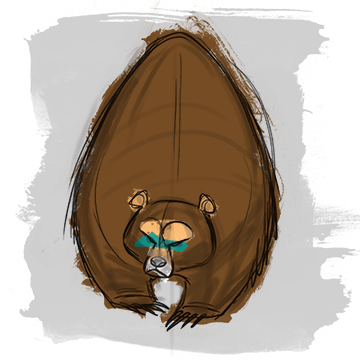 No one knows exactly just when or how the predators disappeared, but the most famous legend says that a great elder, long of leg, long of horn, and long of beard, had finally grown weary of living in fear. A desert creature, this Bearded Prophet hailed from the time of pharaohs and pyramids, and most importantly, magic.

Guided by the souls of her ancestors, she discovered a portal her predecessors used as a passageway to the afterlife. It led to a void, a limbo-like antechamber – a lobby, if you will – with countless other portals that led to other worlds.

She floated in the abyss, behind her was the door to Fœnum itself, and before her was an empty realm she called the THE HOLD. This place, she knew, was where the Predators belonged.

Under her wise guidance, the nations of Fœnum united against the Predators. After a long and costly war, they drove the toothed ones through Limbo and into The Hold. There, the Prophet locked them away, using an ENCHANTED KEY she made from one of her own magnificent horns. For good measure, she locked the door to Foenum as well so that no one should enter their world uninvited and ensuring peace for Fœnum forever.

But nothing lasts forever. They are coming back. All of them. The wolves, the lions, the hyenas, the crocodiles, the bears, the jaguars and many, many more.

Ghostlike figures, dark and misty, were glimpsed just outside the limits of cities or towns. Sometimes they even floated through encampments, or followed not far behind the nomadic herds. Their glowing, angry eyes hinted at what they were, but it was the sharp, shining teeth that told all.

Eventually one spoke, “Do not fear us, grass eater,” it said to a terrified foal, alone at the edge of a prairie. “We are merely scouts here to warn you. The Bearded Prophet’s magic is finally wearing thin. We have broken her lock, and soon enough we will break your lock so our kind may return to Fœnum, led by the most horrible of us all, THE DEVOURER. The Predators are returning, and they are hungry.” 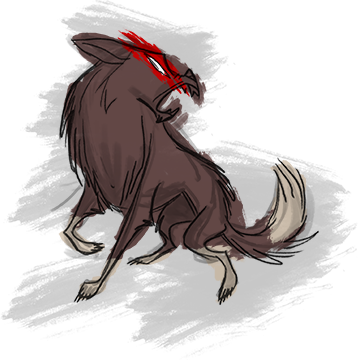 The Elders conferred for the first time in generations. They knew that with the Prophet’s Key, they could renew the magic and strengthen the locks. But they knew it would take only the the bravest, the strongest, the most skilled among them to get past The Devourer to even reach the door to The Hold. They had to find a champion, THE KEY KEEPER!

Without the Prophet’s guidance, the nations of Fœnum could not find it in themselves to come together to choose one Key Keeper. Instead, every nation – Bison from The Plains, Goats from The Mountains, Antelopes from The Valleys, Equines from The Steppes, Camels from The Deserts, Deer from The Forests and countless others – chose their own champion to face The Devourer and save the world.

But it is only the one with the Key who will be able to reach Limbo through Fœnum’s portal.

So these champions must hunt down the key for themselves. To fulfill their duty, they must take the key from whichever “imposter” happens to have it – one on one, horn against hoof against antler, until the greatest emerges Champion of them all, Protector of Fœnum! He or she shall face the The Devourer and lock him and his kind back to the realm of their banishment.

And if he or she does not, all the ungulates of Fœnum shall surely perish.