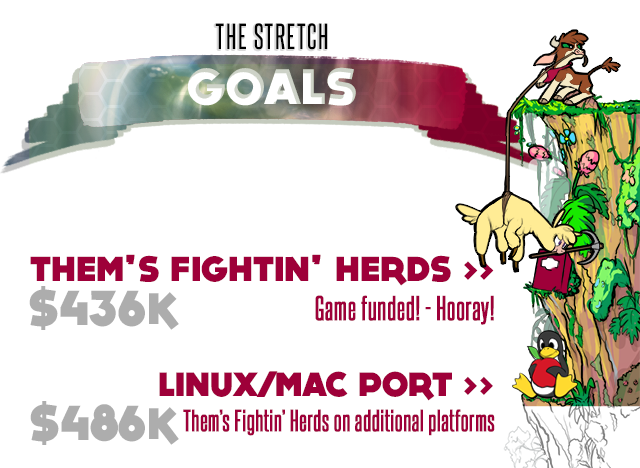 We’ve reached $486k, which is the Mac/Linux port stretch goal! Thanks you for all the support even after our initial goal! This means we will be porting Them’s Fightin’ Herds to Mac and Linux. Since we are also greenlit on Steam, everyone that will be receiving the game from pledge rewards will get a Steam key on release day (or earlier than that if you also got the closed beta reward).

This means that everyone with the game can switch between the different platform versions of the game for free using Steam. However, due to the time that it will take to port to Mac/Linux, we will be releasing the ported versions after the initial Windows release.

Onwards to the stretch goat! Charge!