It’s been some time since our last post in the site. Things backstage, however, have been quite active; We’d like to thank everyone for the continued patience and support, and for sticking with us through the pre-production stage of the game.

This post serves two purposes. First, to assure everyone that we’re still alive, and the game project is also alive and kicking. Work has been done, engines have been learned, characters have started to be implemented in placeholder form to help with that learning, and the character design aspects have progressed as well, (Have we mentioned that Lauren is narfin’ awesome yet?).

Some of the technical things we have been working on are intended to adapt the Z-Engine art & programming pipelines to our own methods of doing things, as well as building tools to make this process easier; Foremost in these new set of tools at our disposal is a new hitbox editor. As Mike Z and LabZero can tell you (and you can see in their work streams), they have been working so far with a paint-program-made-hitbox-editor, assembled out of necessity and perhaps not quite the best tool for the job. Our programmers -Beta and Kenneth- have then been working on creating a different hitbox editor for use with the Z-Engine, automating some of the process and making the designers’ lives a bit easier.

Here’s how it looks at the moment 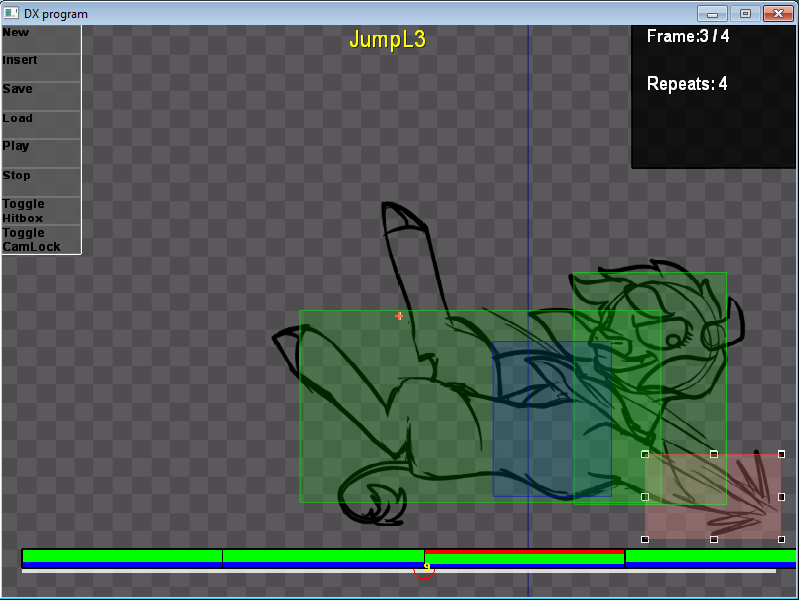 And here’s a (WIP) preview of what we’re working towards. 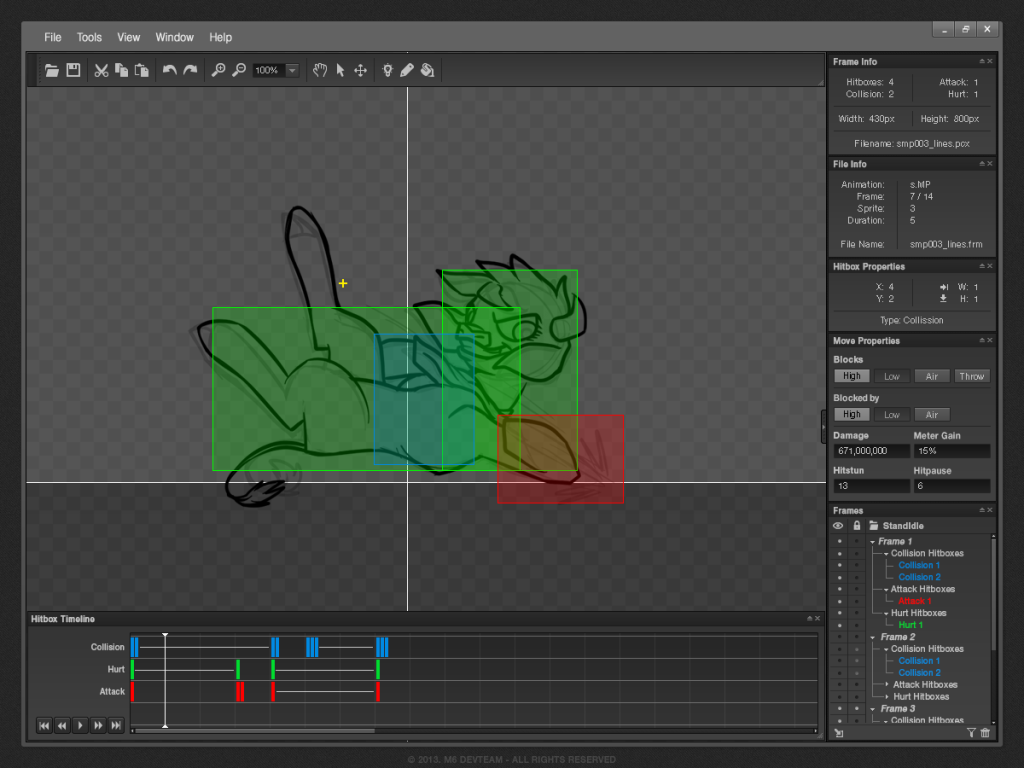 Pretty, ain’t it?; Still a work in progress; It’s getting there, in terms of functionality, has already saved the team lots of time doing hitbox creation and edition, and will do so even more once the game hits full speed on production.

Also, yeah. That’s a first look at one of the new characters Lauren and CoreDev are working on. ;) – It’s also a placeholder sketch made by Nappy to test both the hitbox editor and learn the Z-engine reins on importing assets and creating movesets. Don’t think we -have- to tell you, but will do anyways: ‘Tis a work in progress. You’ll notice there is no colours or shading or patterns, and it’s a rough sketch instead of the polished animation model it will be in the final product. We’ll also be incorporating a lot more feedback from Lauren (and be closer to her unique and rather awesome art style) when the final animation passes start rolling in.

Still, even though the looks will change as development goes along, we’re quite confident in the basics, and thus, you get your first peek.

Speaking of Nappy, and moving on to the second point of this post:

Gamespot published their [tooltip pos=”top” title=”Clickable!”]“Fighting Games Symposium 2013“[/tooltip] yesterday, and our own lead developer got to have a few words on the current state of the fighting game genre, its future and some of his thoughts on it all, along with a great lineup of developers, sponsors and tournament organizers. You can read it over here, leave a comment and join the discussion.

Thanks again to everyone for the continued interest and support!

[alert type=””]Production content shown here is meant to give people a “behind the scenes” look to the development process of the game, and as such, might change in a future (or have changed already); While it gives a good representation of our working process, it might not reflect the final product/live release accurately, due to later mechanic and content change decisions or adjustments.[/alert]