Ooh boy, this place got a bit dustier than we expected.

But here we are again, and this time, instead of apologizing for the lateness and making promises of things to come, we actually HAVE the things to come at hand.

If you have been following M6 through one of our social media places, you already have seen some of these things. If you haven’t, well, good news, there’s even MORE new things for you to look at!

So!, let’s get you started with a recap of the things that have been shown in the past few weeks through the social media, shall we?

Through the month of May (and, in fact, throughout the months before), we worked to get the models for the new game setup for fast and easy animation, and as we figured out our pipeline, one of the important things was getting set them up for the new paletting process, so they go from this…

we can also do all kinds of silly things! 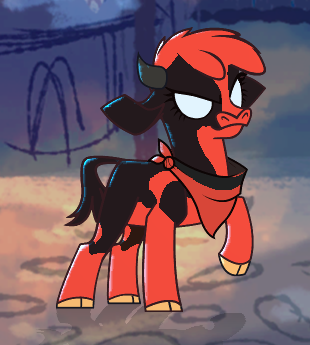 There were previews of some of the character animations, such as the idles for cow…

… and congratulations!, you are now caught up with what we’ve been showing to the folks following M6 through the social media places, which brings us to…

in which we show you a few more of cow’s attack arsenal. Still a work in progress, of course, but getting there.

…and which you can see being put to use on our next Tuesday’s update at the usual places: Facebook, Twitter and Tumblr, and on the next site recap in a couple of weeks.

Now, we can hear you askin’ the question

In short, because it’s easier.

In long, because it’s still easier. Social media sites’ format lends itself better to the idea of short, small updates happening more frequently than a website does. Or at least, that’s our reasoning. Uploading a small screenshot of our current progress with a ten words caption onto twitter, tumblr or facebook works as a dev snapshot. Doing the same on the site gives an “I came to the site and all I got was one picture (and this snarky T-shirt)” feeling. We’d like to reserve the site for the larger news and the longer articles in which we actually rant, talk or pontificate on the development of the game.

And we like it that way, even if the site had a bit of a… lapse… of non-news that we hated every bit as much as you did and then some. We’ll try not to let that happen again, specially since, much like winter,

The crowdfund is coming.

Yep. It actually IS coming this time. Here, we’ll even prove it. The crowdfund is coming in 2015. OR ELSE.

We can’t give you a more precise date yet (because we don’t know it), but we’re making it happen during 2015 OR ELSE (again), and feel free to hold us to that promise. We’re actually busting our collective behind right now to make it happen, and we’re trying to keep up with showing you guys our progress as we go along. We have a schedule figured out for the things we want to do, and we’re doing our best to stick to it, through jobs, real life, hurricanes, storms, ragnaroks, dino movies (that we still got to watch) and other fortunate and unfortunate happenings. So until and unless we all drop dead (and one or two of us were kind of close to performing the ancient ritual of bucket kicking earlier this year, which was partially responsible for delays and silence), we’re still working to make that happen. Mark your calendars…. Or at least mark a general area of your calendars, because we’re making it happen, people.

The Joy of Palettes 2: Multi-coloured Lineart
Scroll to top