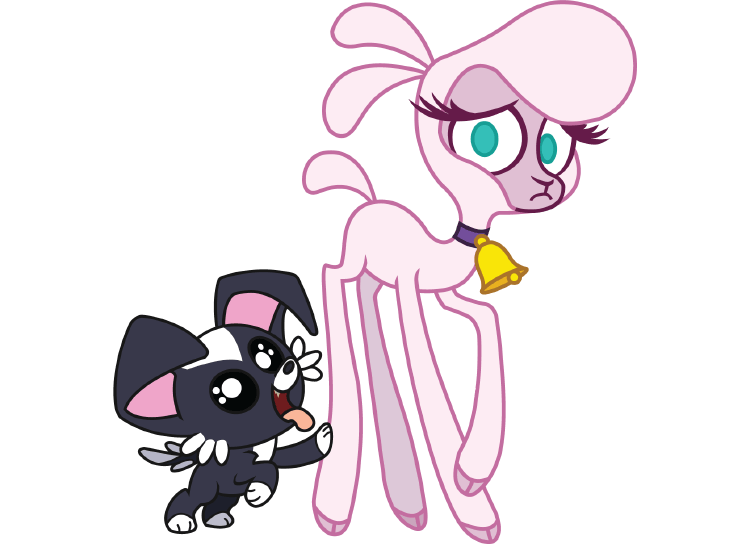 Sheeple are a democratic society. Upholding the will of the masses (or the flock in this case), is among their most core values. Problem is, all Sheep will vote in favor of the very first suggestion any Sheep happens to make. Pom made the mistake of suggesting that they should respond to the Council’s call for a Champion at all, and ended up being voted in as Champion herself.

Sheep Dogs, the only large predators in Foenum with instincts to protect ungulates rather than eat them, live among the Sheep and keep them safe from harm. Occasionally a pack may choose to spend most of their time around one particular Sheep over another, and Pom has found herself in the company of a rather large one as of late. Perhaps they see a burning potential building inside her… because despite her desperate cries to return to her soft, grassy homeland, they continue to urge her along.

Pom approaches combat by calling a variety of dogs onto the battlefield for coordinated strikes. Her “technical requirements” can be challenging to work with, but with proper time and coaching, she might just become the strongest fighter of them all.

The curious symbiotic relationship between Sheeple and their Sheep Dogs is a common point of discussion among the other ungulates of Foenum. The popular theory is that the dogs are descended from friendly omega-wolves who were harmless enough to hide with the sheep while the rest of their kind were disappearing. Whether the sheep knew there were wolves in their midst is anyone’s guess.

Sheep Dogs have no interest in eating anything that grows out of the ground. Rather, they hunt mice and rabbits, creatures that would otherwise destroy the Sheep’s crops. Unfortunately the Sheep haven’t quite caught onto this yet, so they continue trying to feed them greens, things that they consider food. It always ends up rotting away, completely untouched…

And so, Sheep Dogs serve as guardians for the Sheep, shielding them from harm, whether from outsiders, pests… or their own vacuousness. 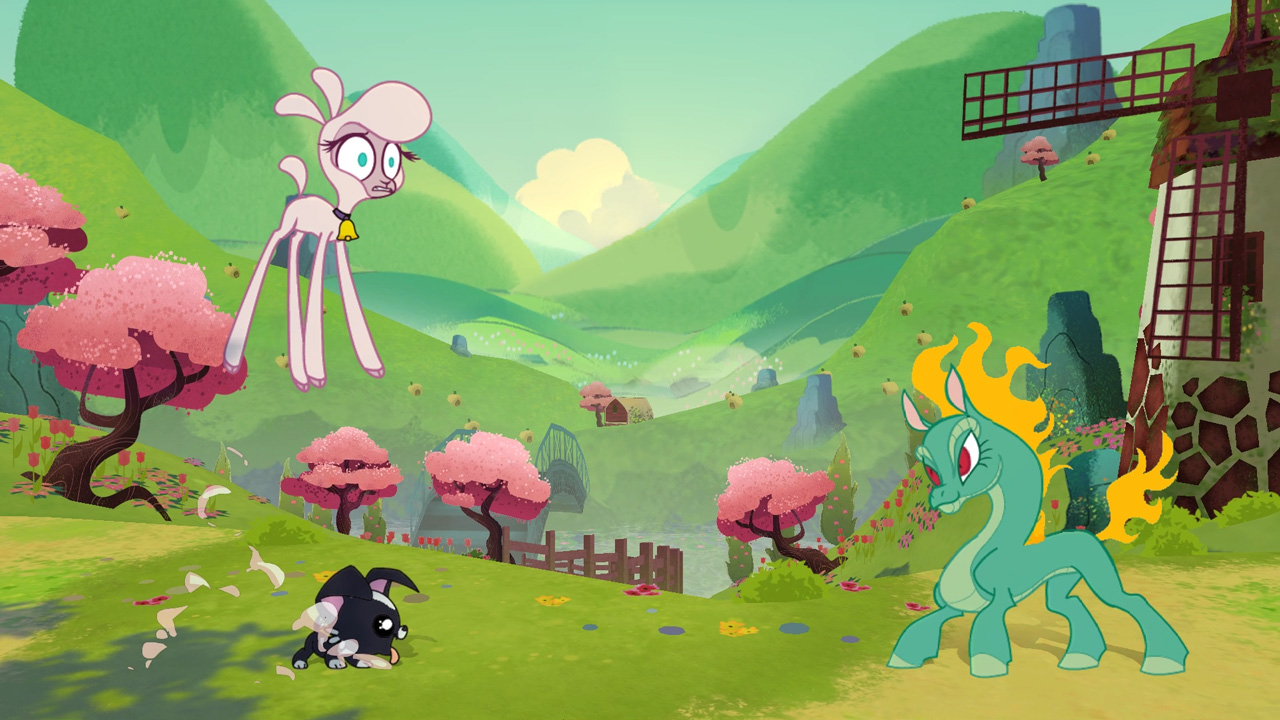 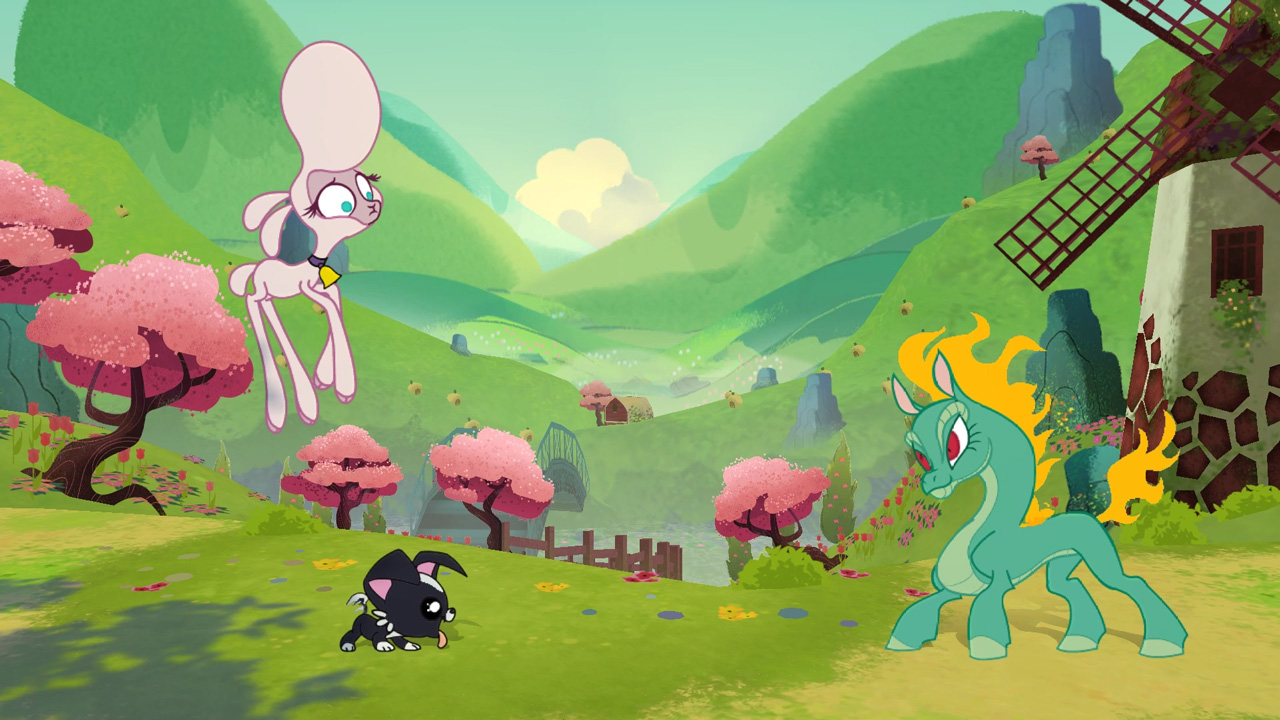 Hold any up direction while airborne ( 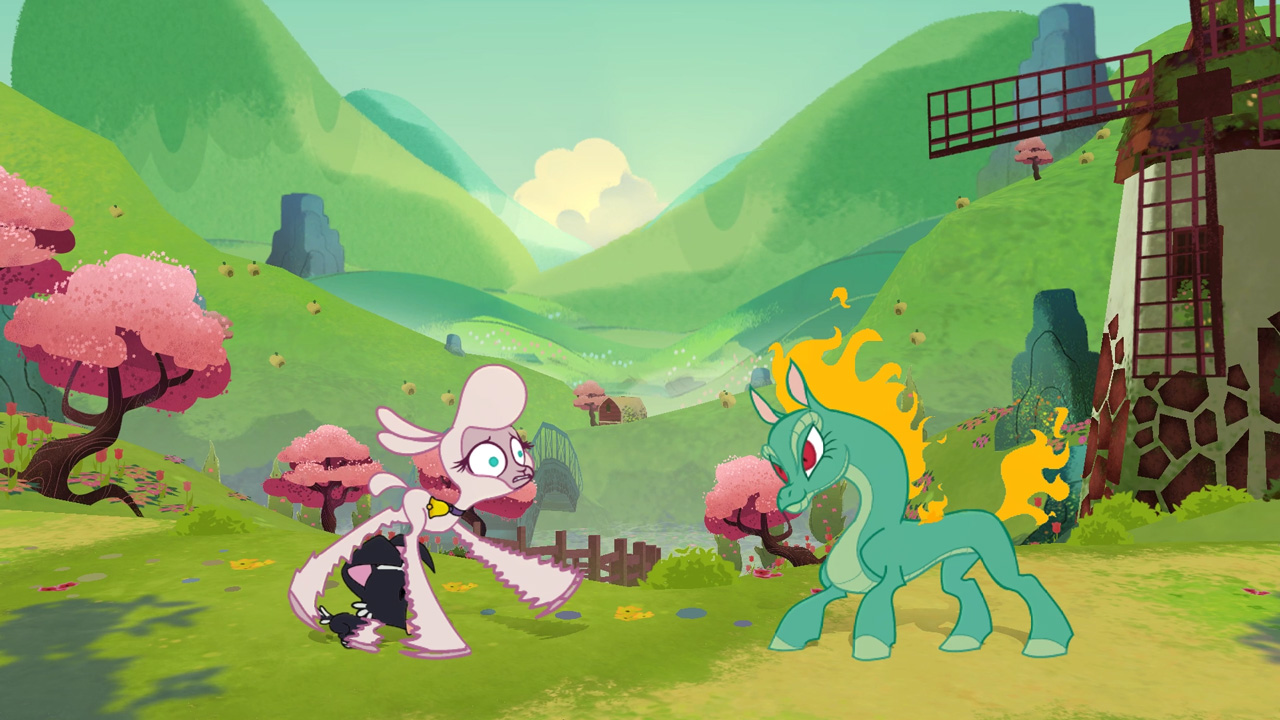 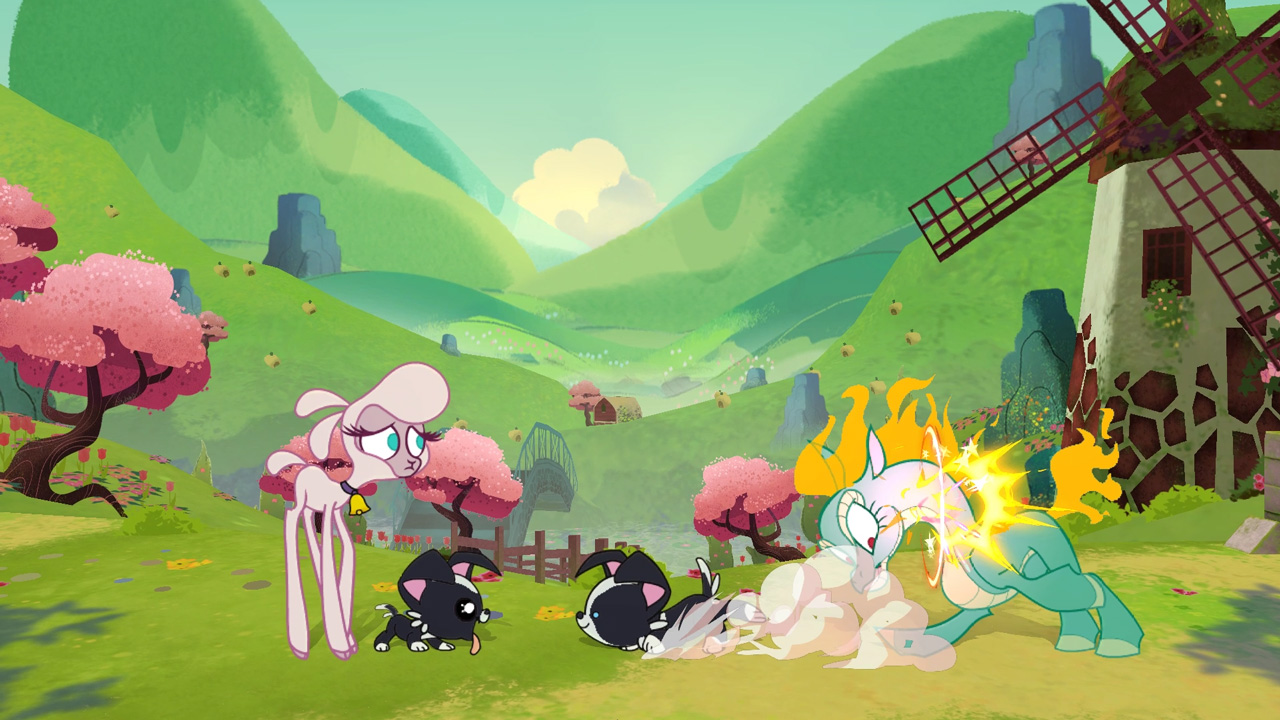 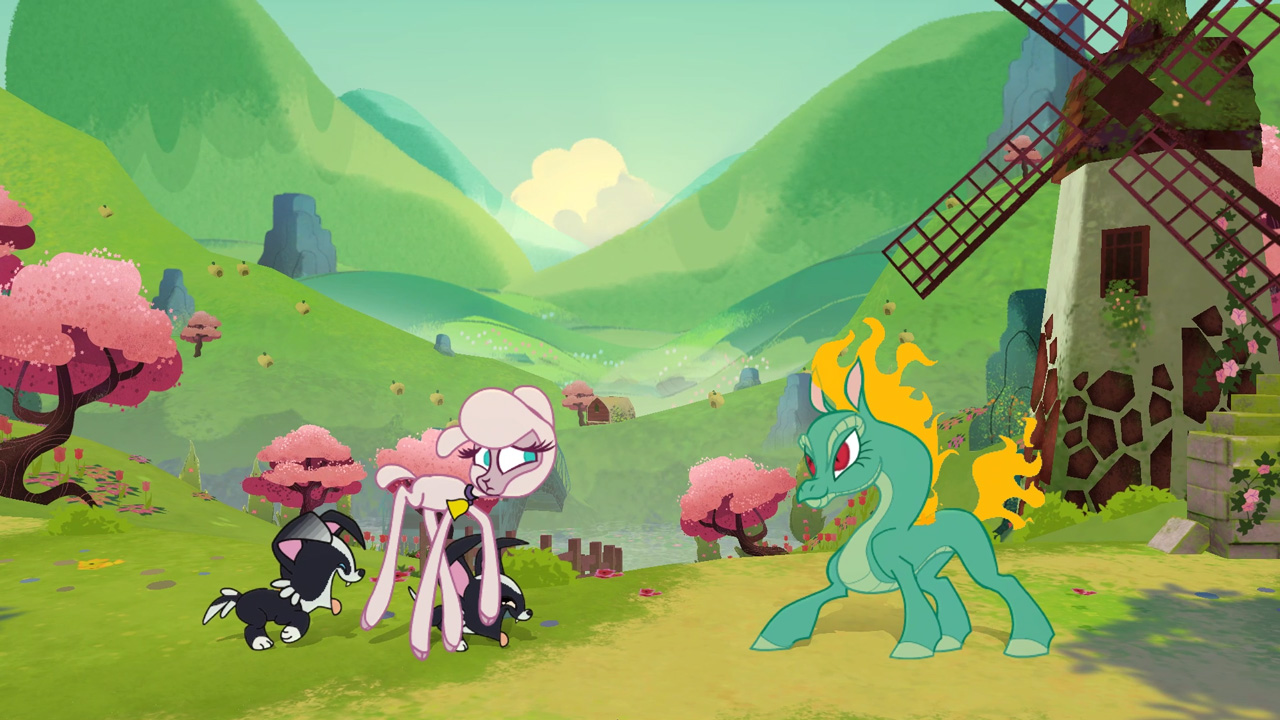 (Costs 1 Magic)
Same as Digging Pup, but this one follows you! 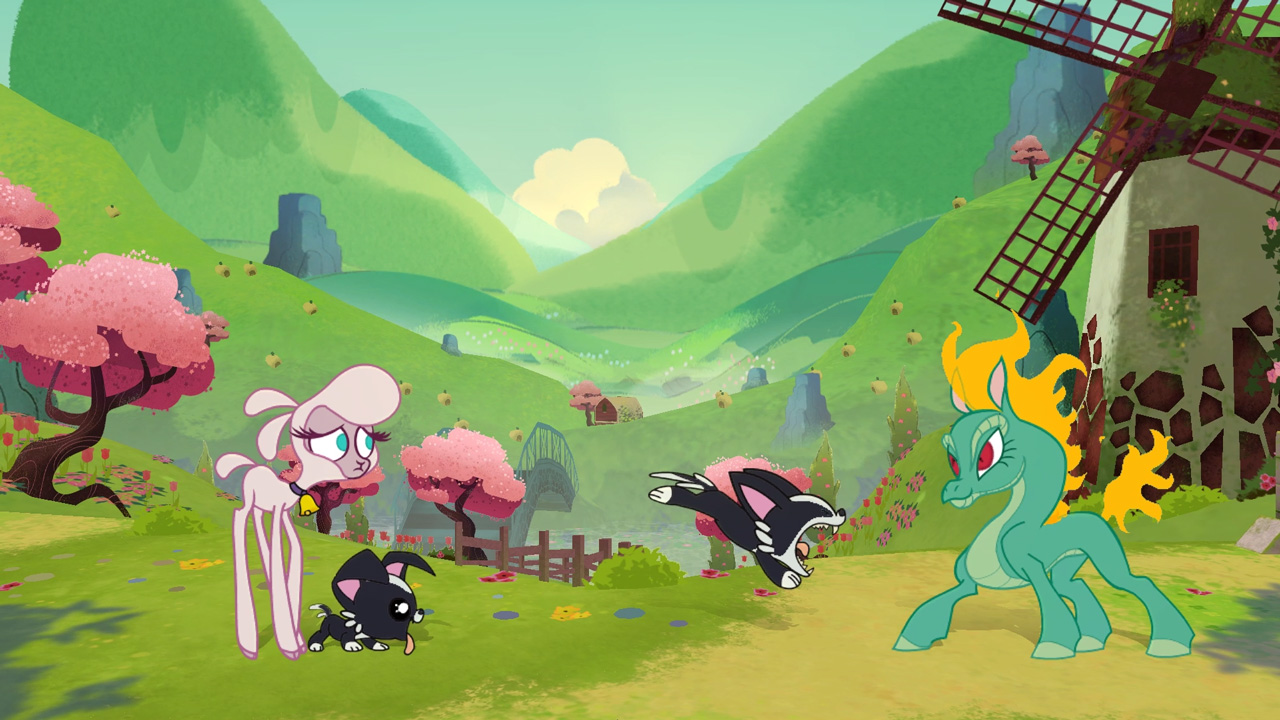 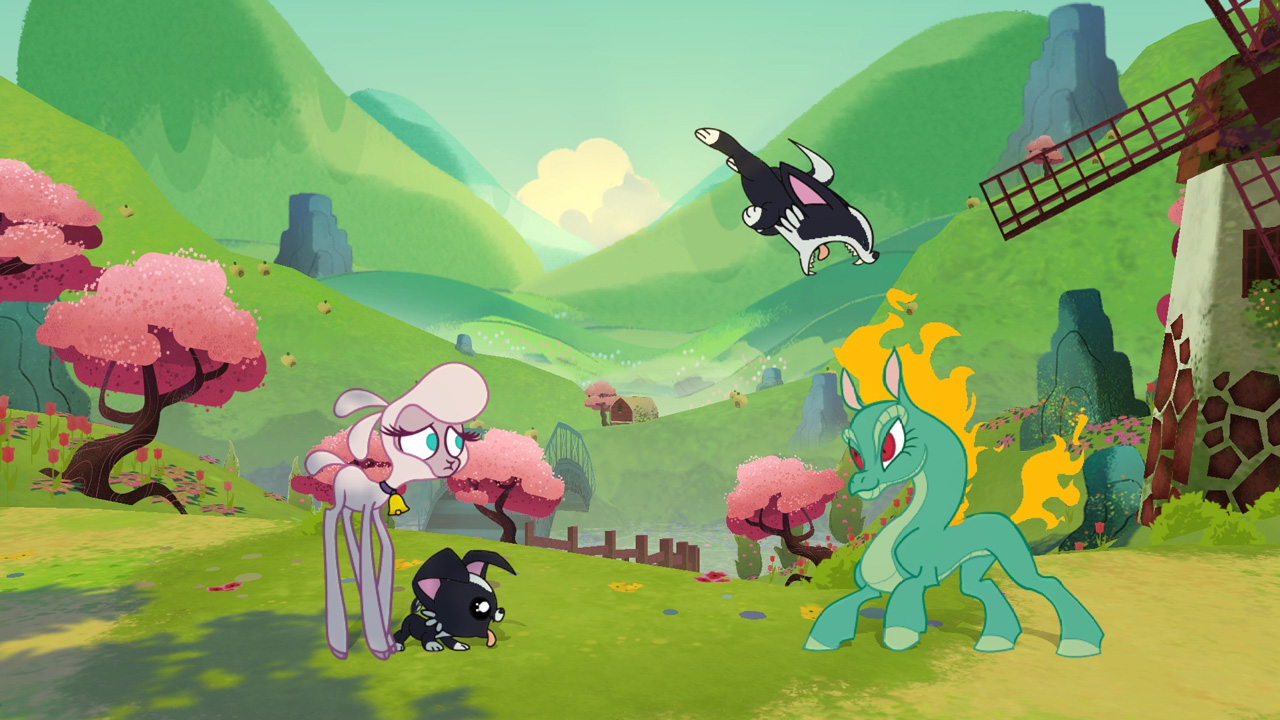 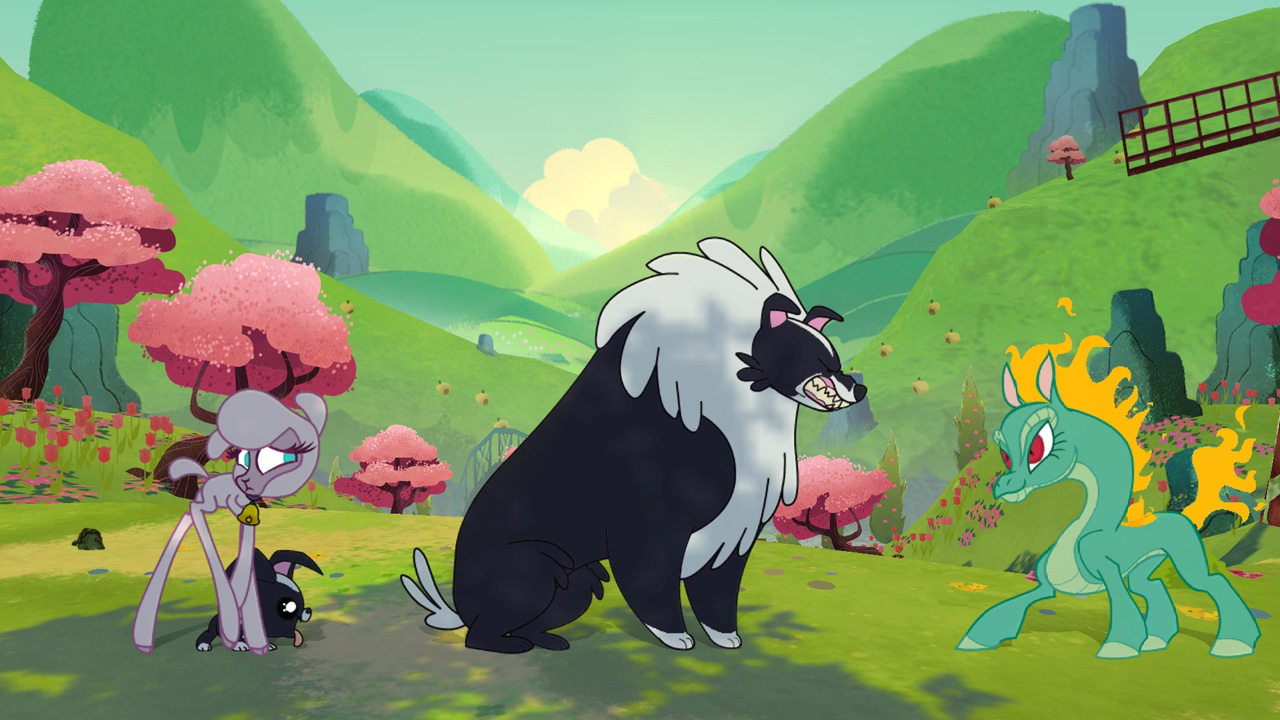 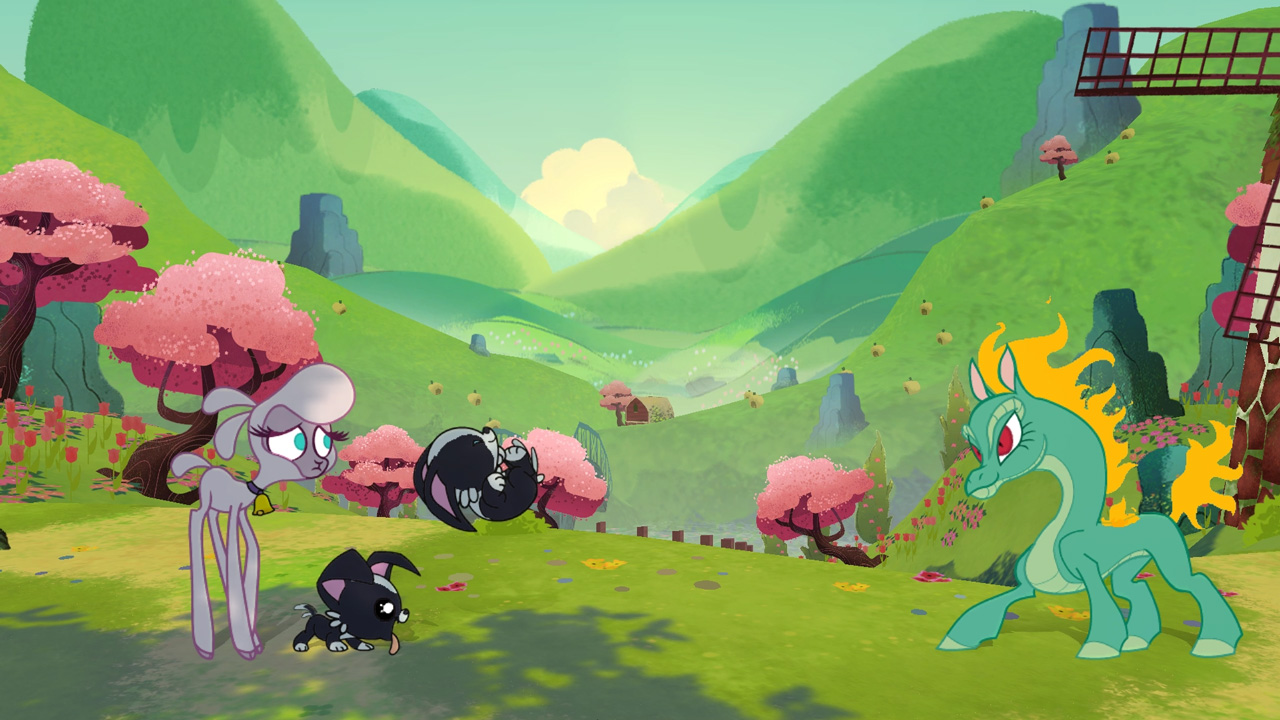 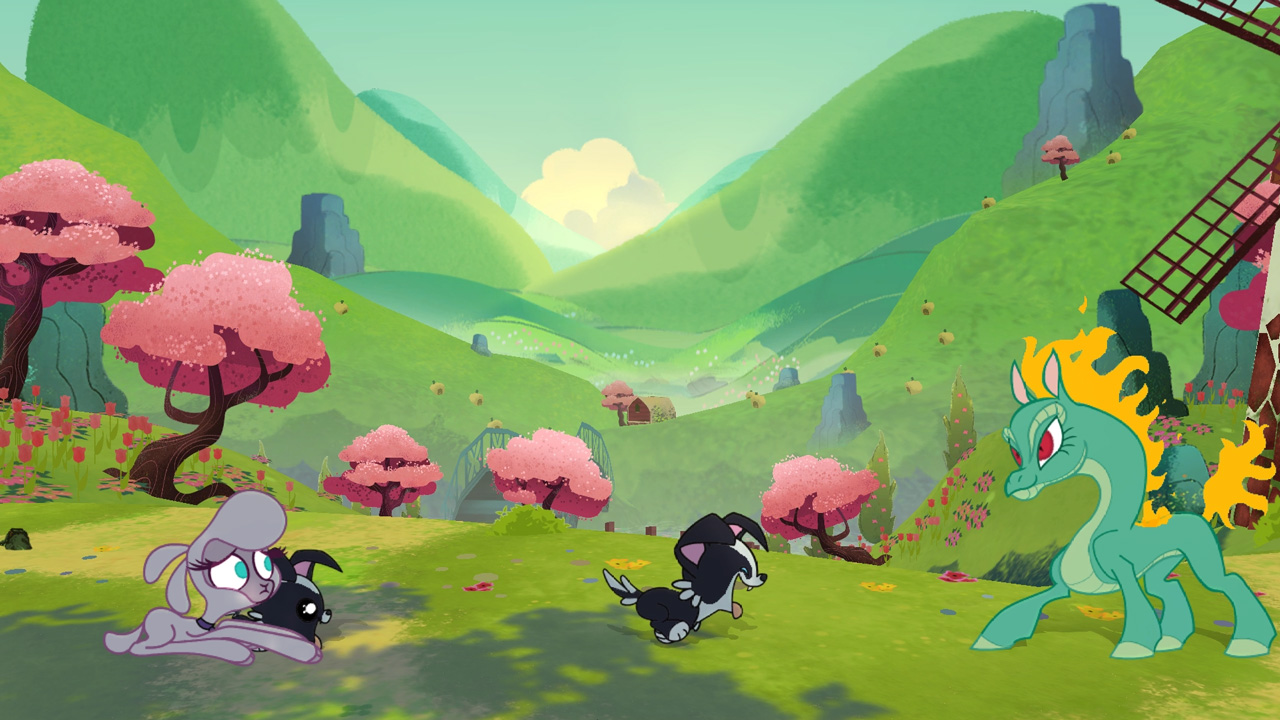 Moves dogs left or right based on direction held. 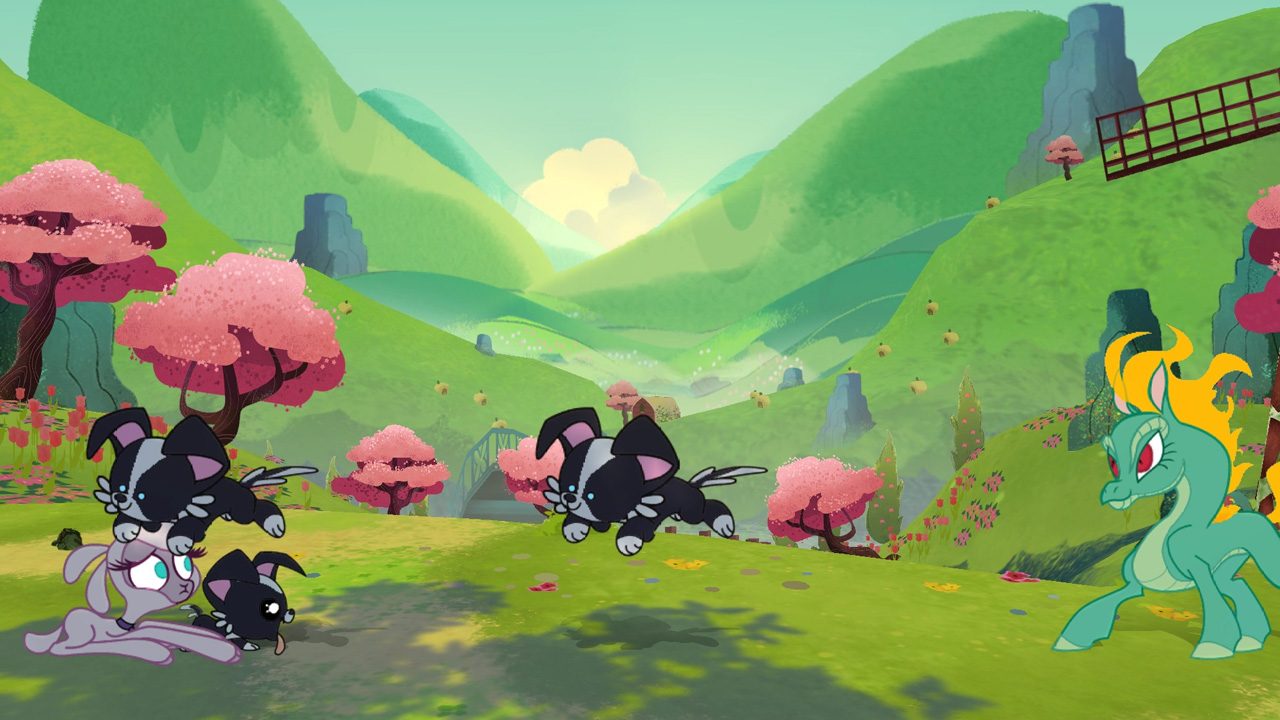 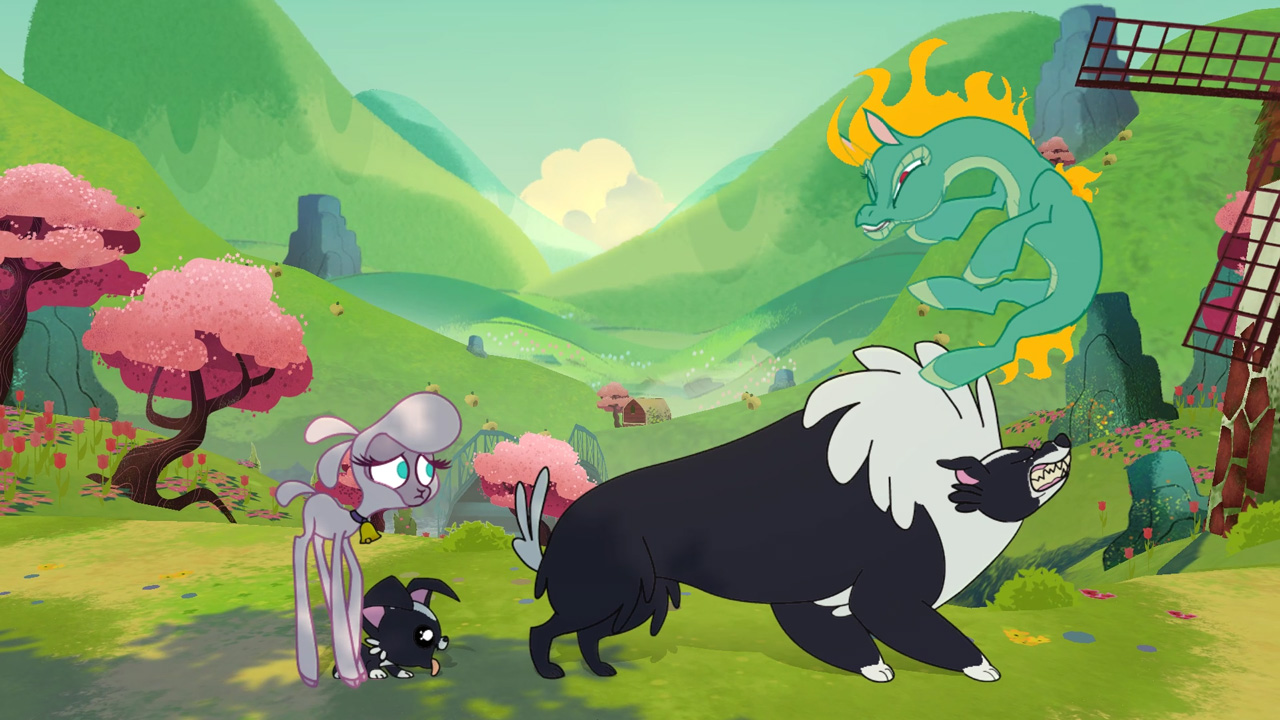 (dogs with 1 attack or more)

(dogs with 2 attacks or more)

(dogs with 3 attacks)
All attacks 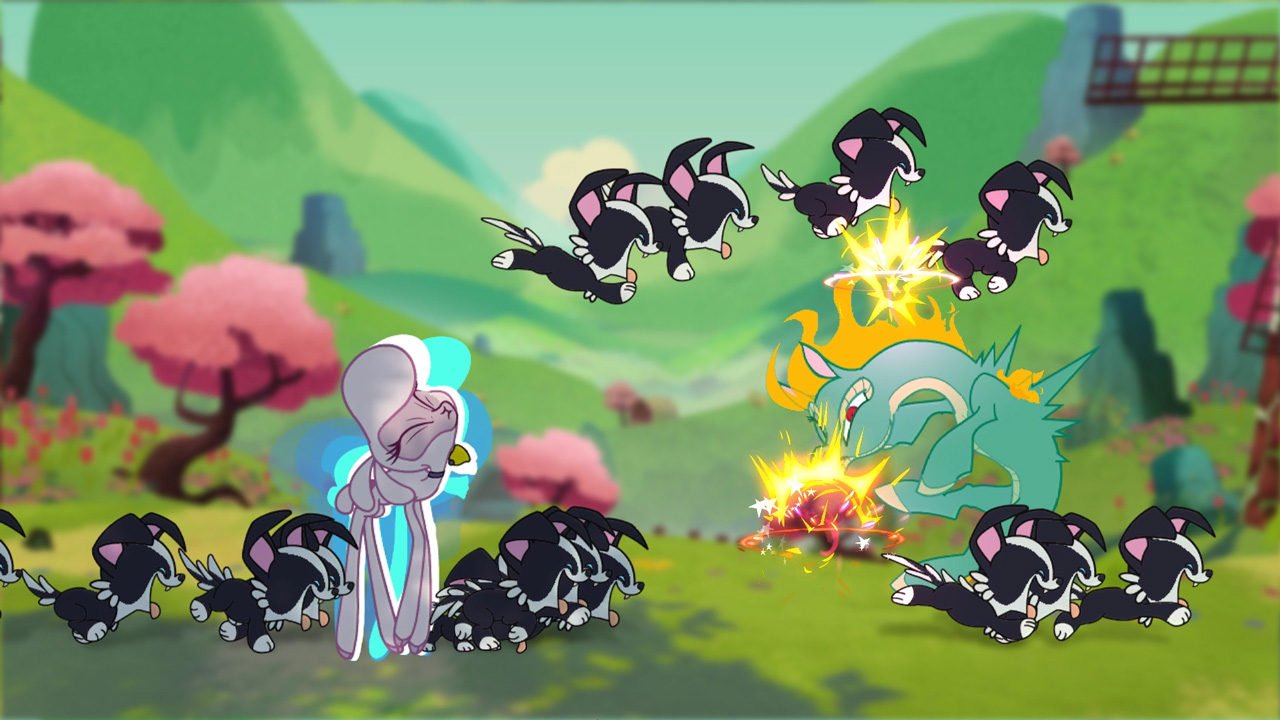 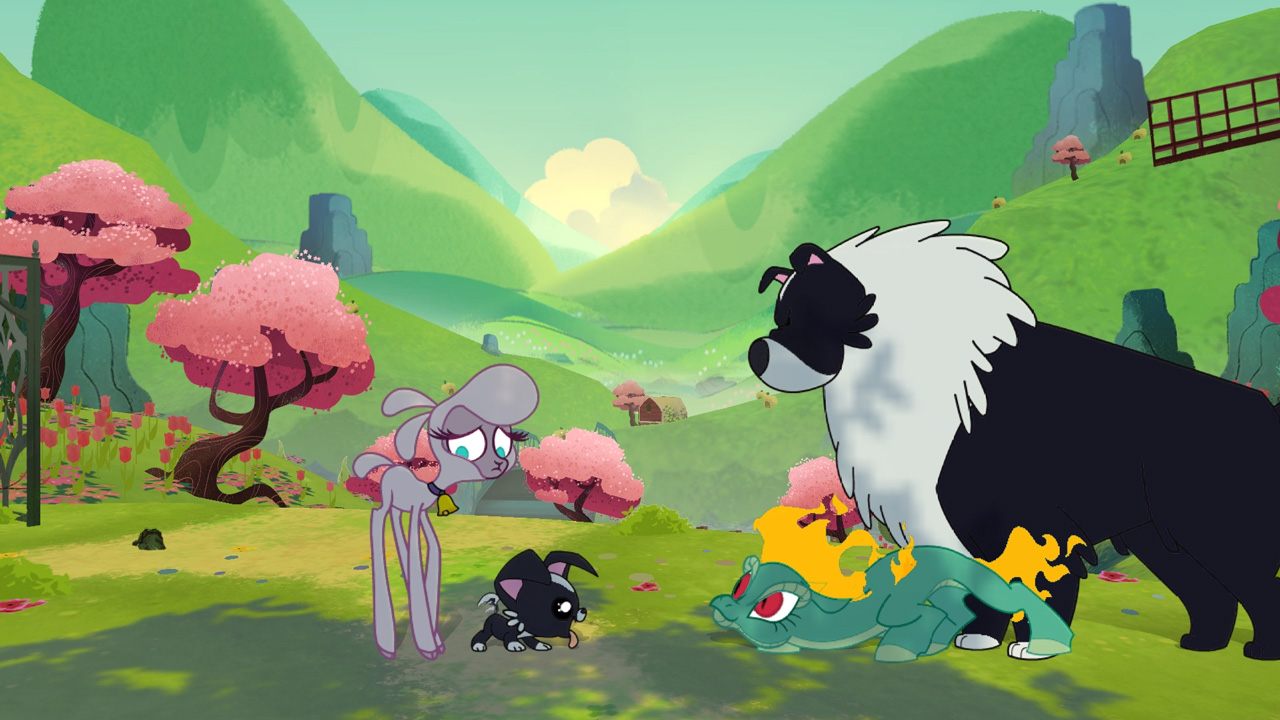 during Stampede! (Costs +1 Super)
Summons a Big Papa dog that follows the opponent, has 3 attacks.