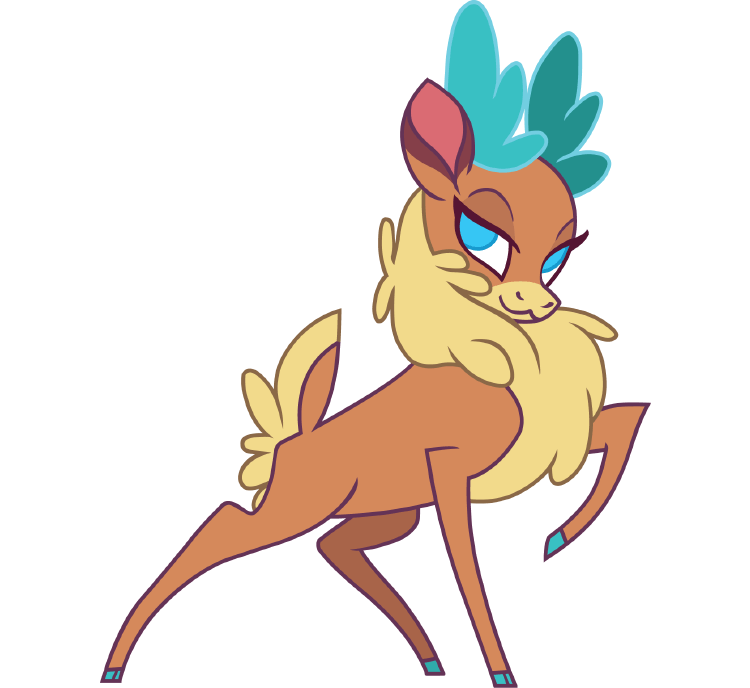 Velvet enjoys premiere status as a member of Reine City‘s ruling elite, the peak of modern civilization at the center of the world, high in the frozen north. She is the daughter of Jarl Stronghoof Hoofstrong, whose family line has been passed down his family line for generations.

No deer in Reine is Velvet’s equal in the practice of Winter Magic, in form nor in function. She is perfection personified, supremacy symbolized. Those who dare challenge her will be left with nothing but a cold shoulder.

A grand tournament was held in Reine City to determine who was most fit to answer the Council’s call and become Foenum’s Champion. Velvet trounced all opposition without so much as breaking a sweat. Haven’t heard the news? Well, you’re forgiven for now. Can’t rightly blame someone for living under a rock. You’ll see… soon enough.

Reine City is Foenum’s largest and richest metropolis. It hosts the United Council of Ungulates and is located at the north pole, placing it right in the middle of everything. Literally. No matter where you are in Foenum, if you say “north” it’s the same as saying “towards Reine”. Herds from all four corners of the world visit to trade, socialize, delight in a variety of modern amenities, or simply pass through.

The magic that first built and still sustains Reine (and other deer cities) originates from a race of mysterious, elf-like creatures known as Winter Sprites. No one really knows where they came from, but one thing’s for sure: they have an obsessive fascination with reindeer.

Don’t be fooled by the deerfolk’s dainty frames and affinity for laying on soft pillows. They have a storied history as explorers and warriors. In old times they used to sail about and raid each other’s cities for sport, though admittedly the practice has declined (just too much effort). Nowadays they satisfy their competitive nature by hosting tournaments of all sorts (which Velvet frequently wins). 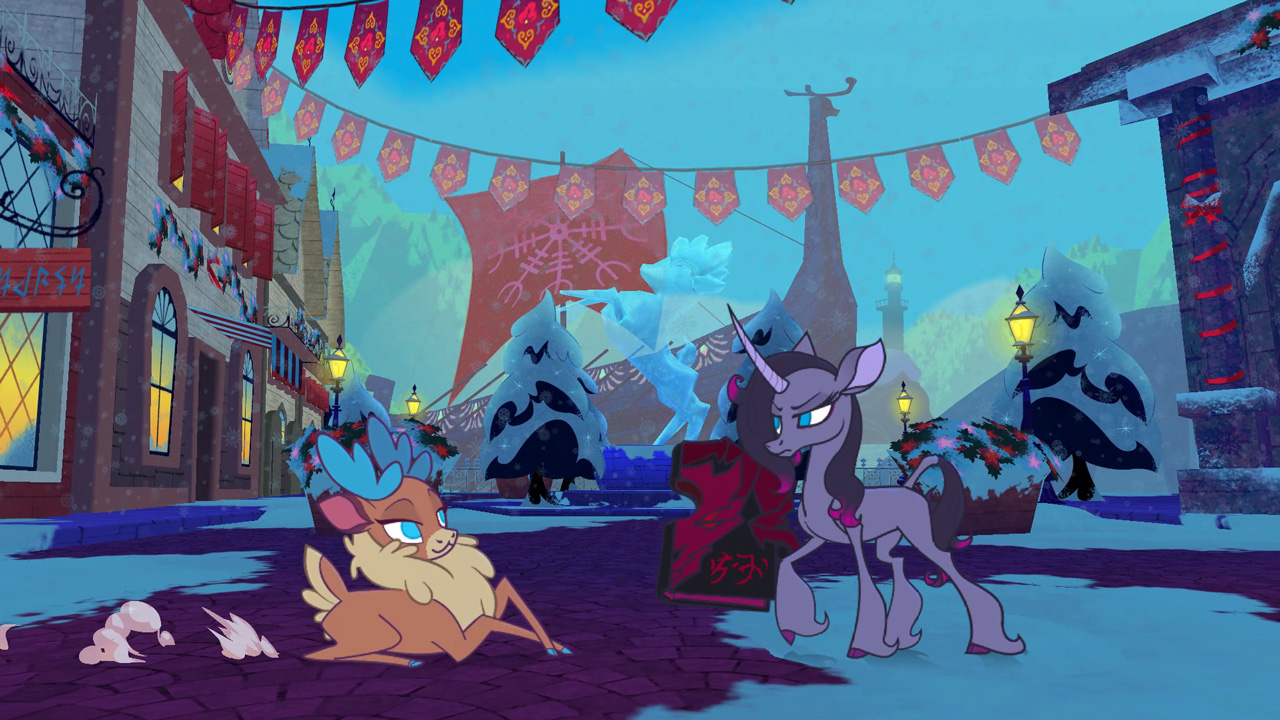 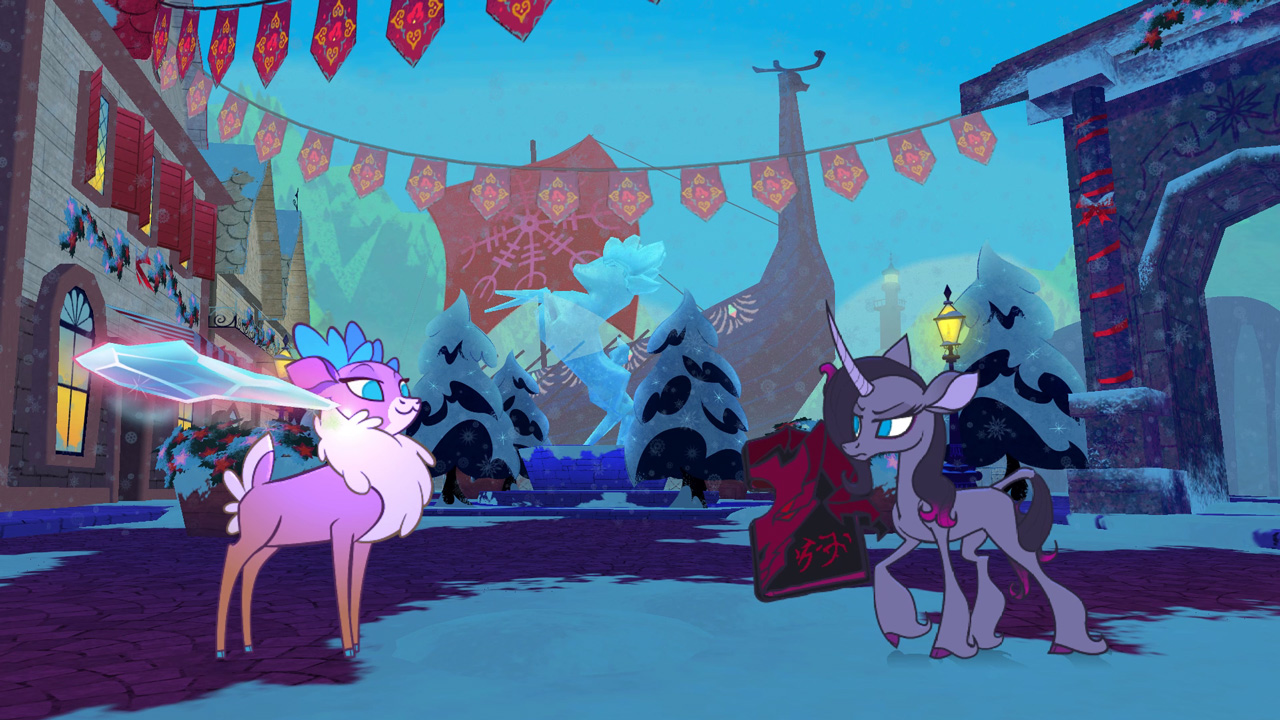 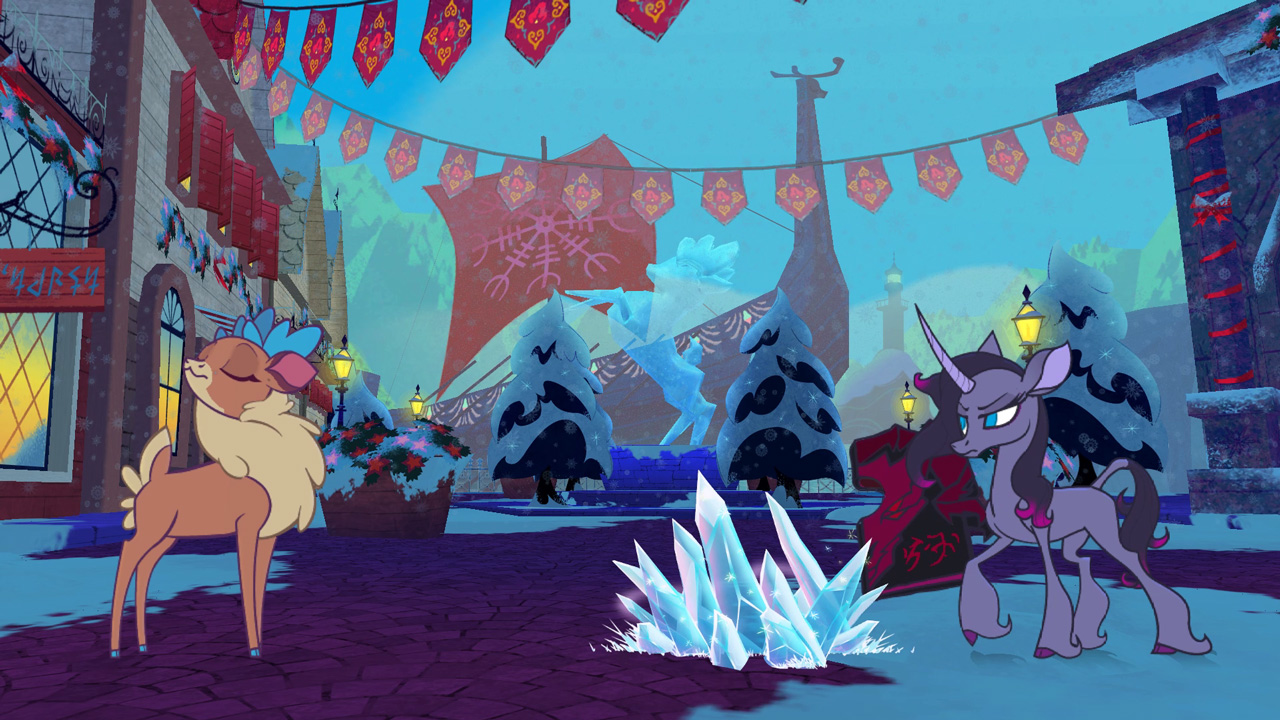 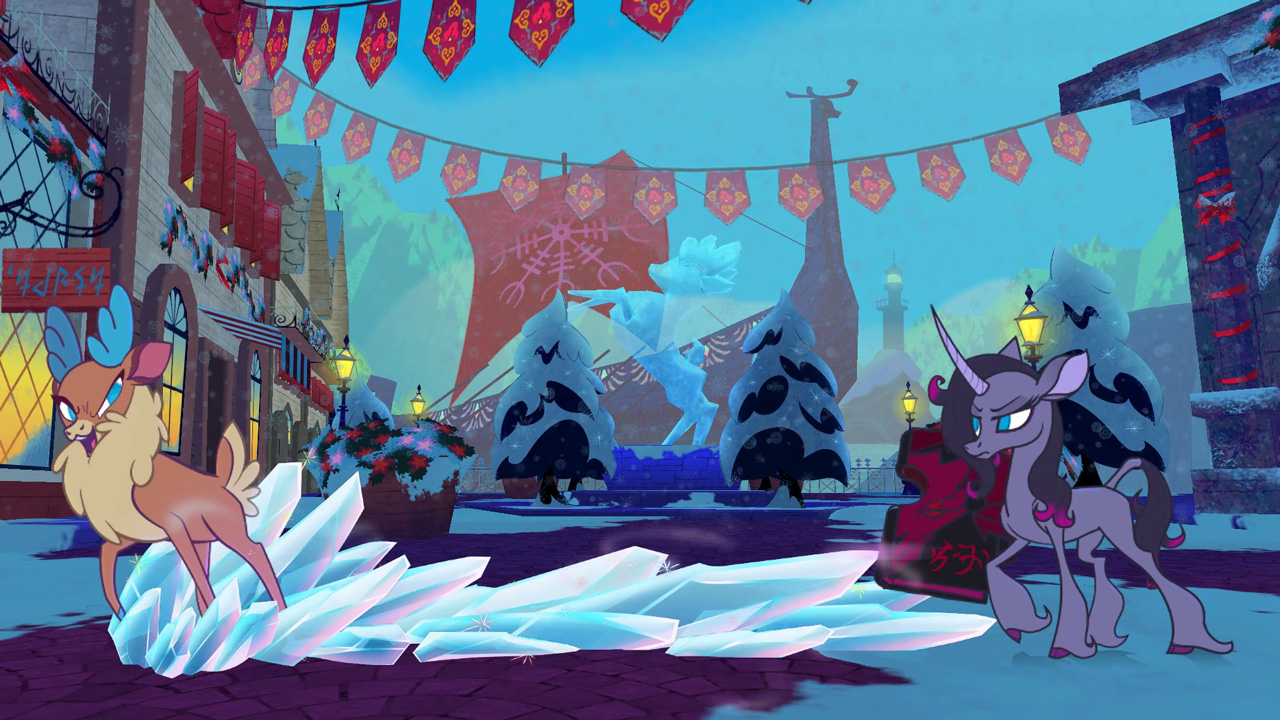 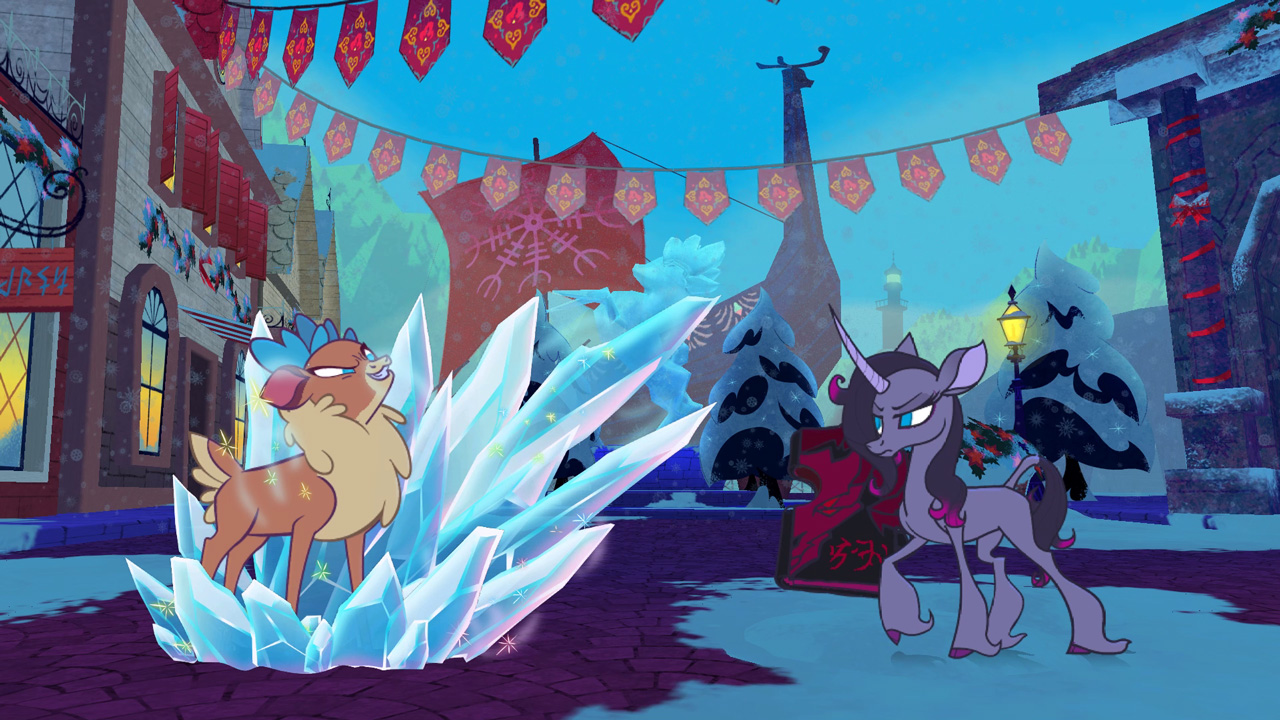 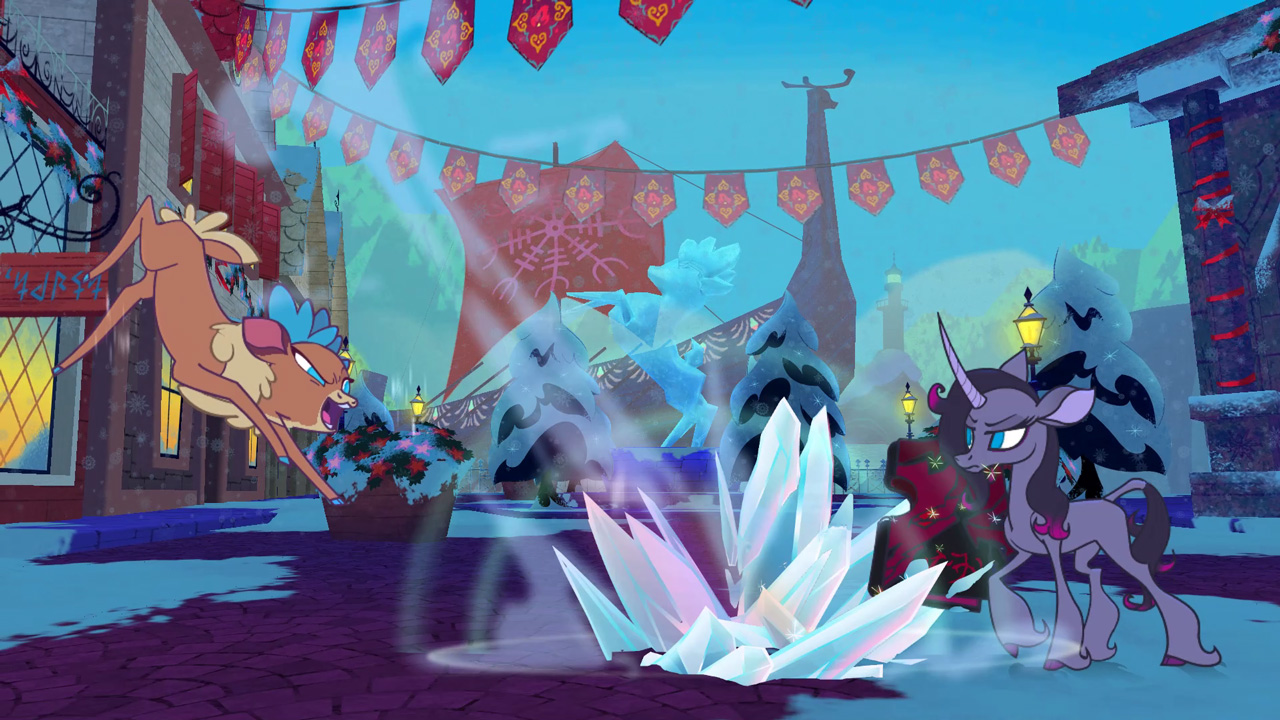 Velvet flips up and back. Hits overhead. 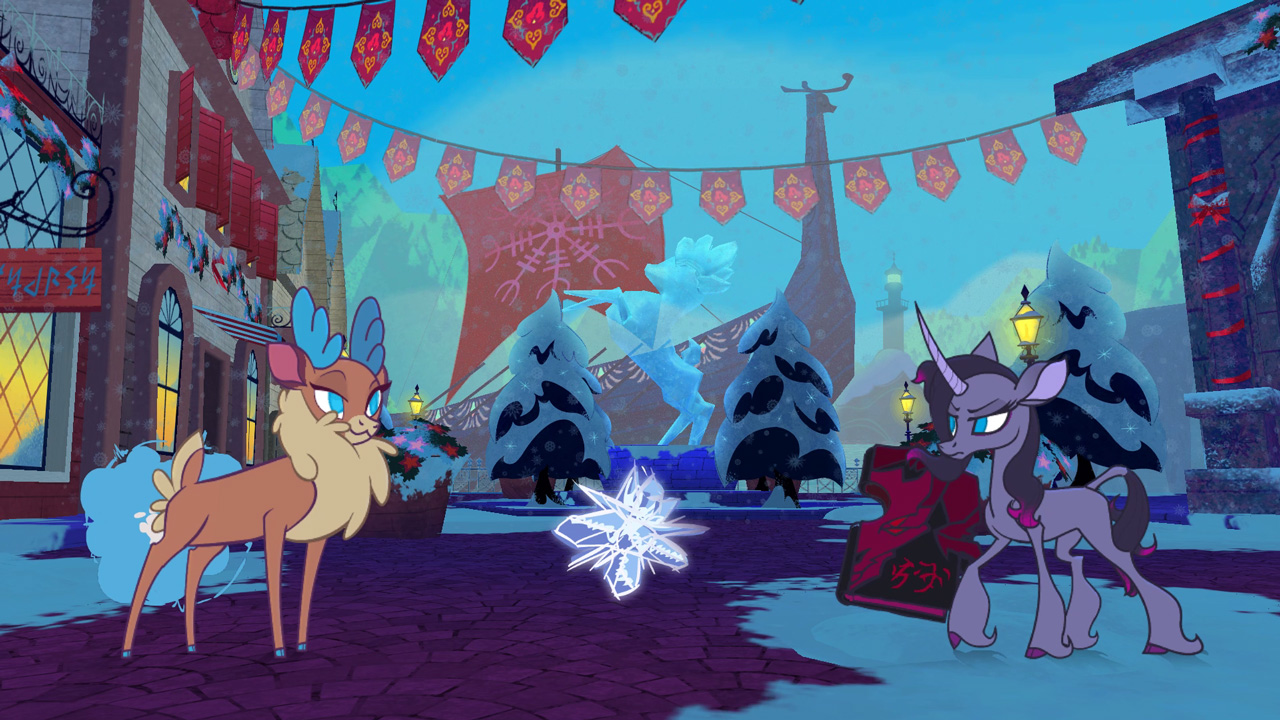 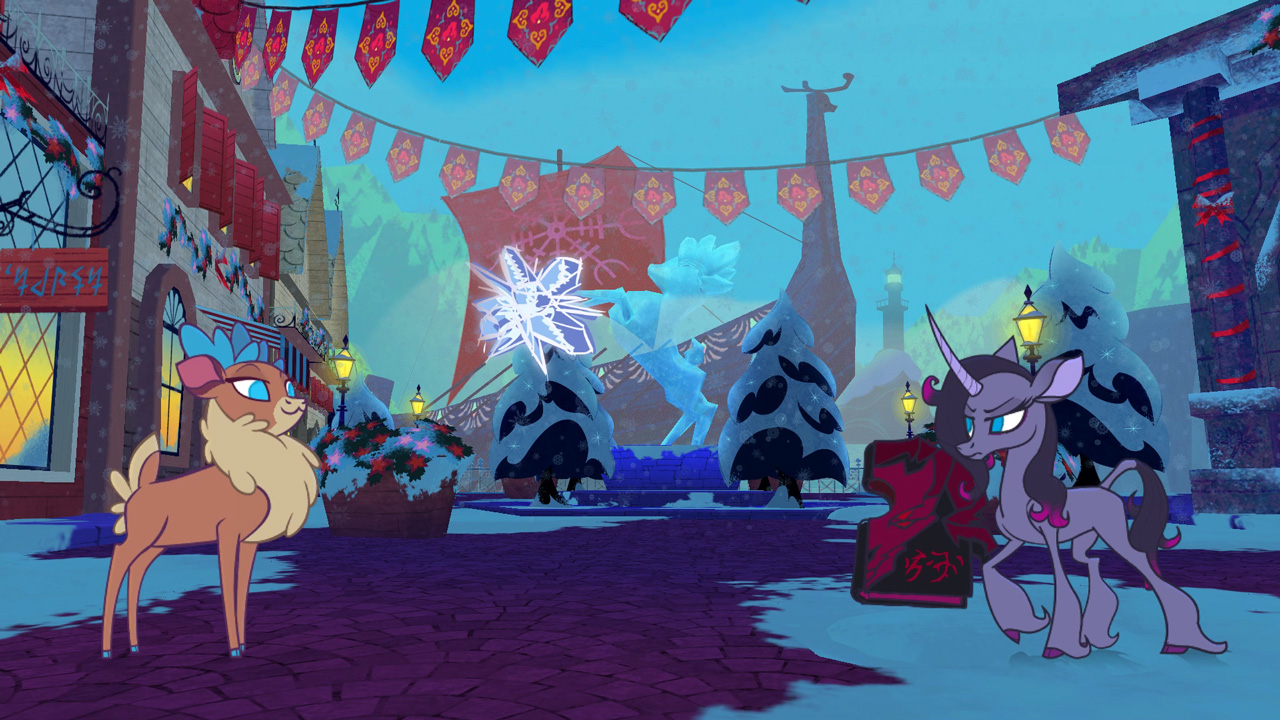 : Diagonal projectile from behind the opponent.

: Vertical projectile that falls back to the ground.

: Diagonal projectile from behind Velvet. 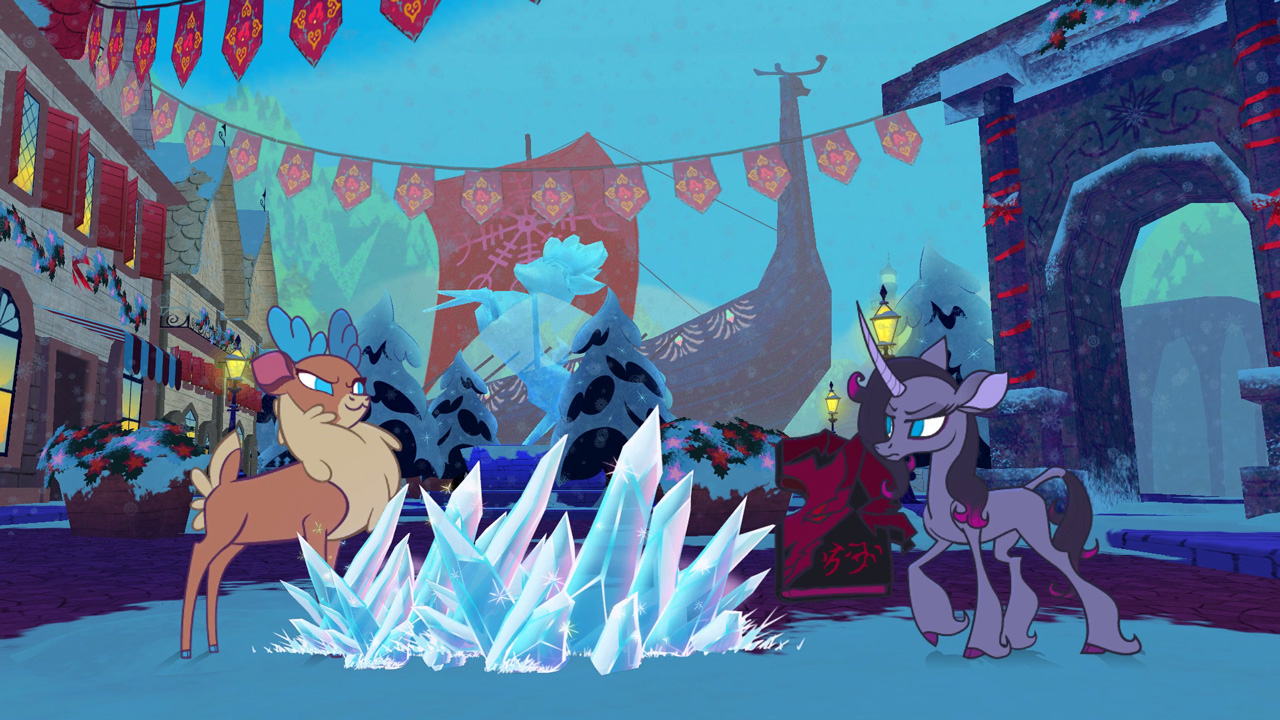 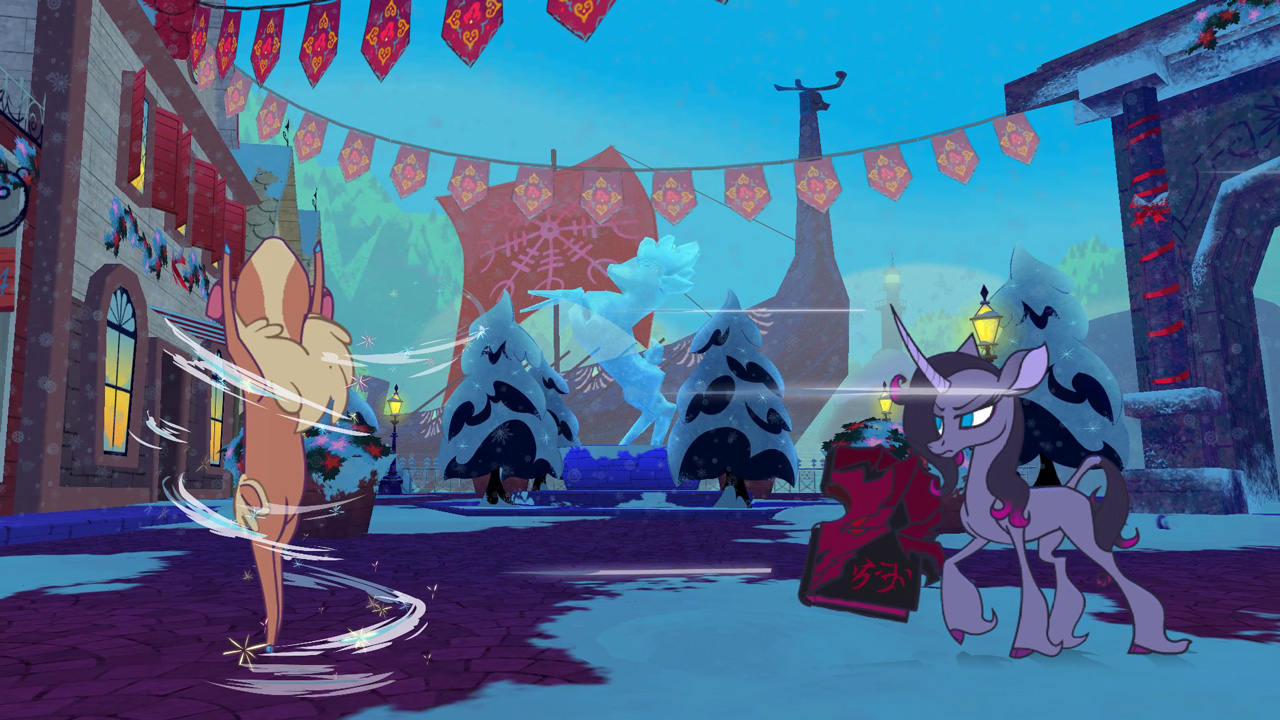 Moves opponent, can be held. 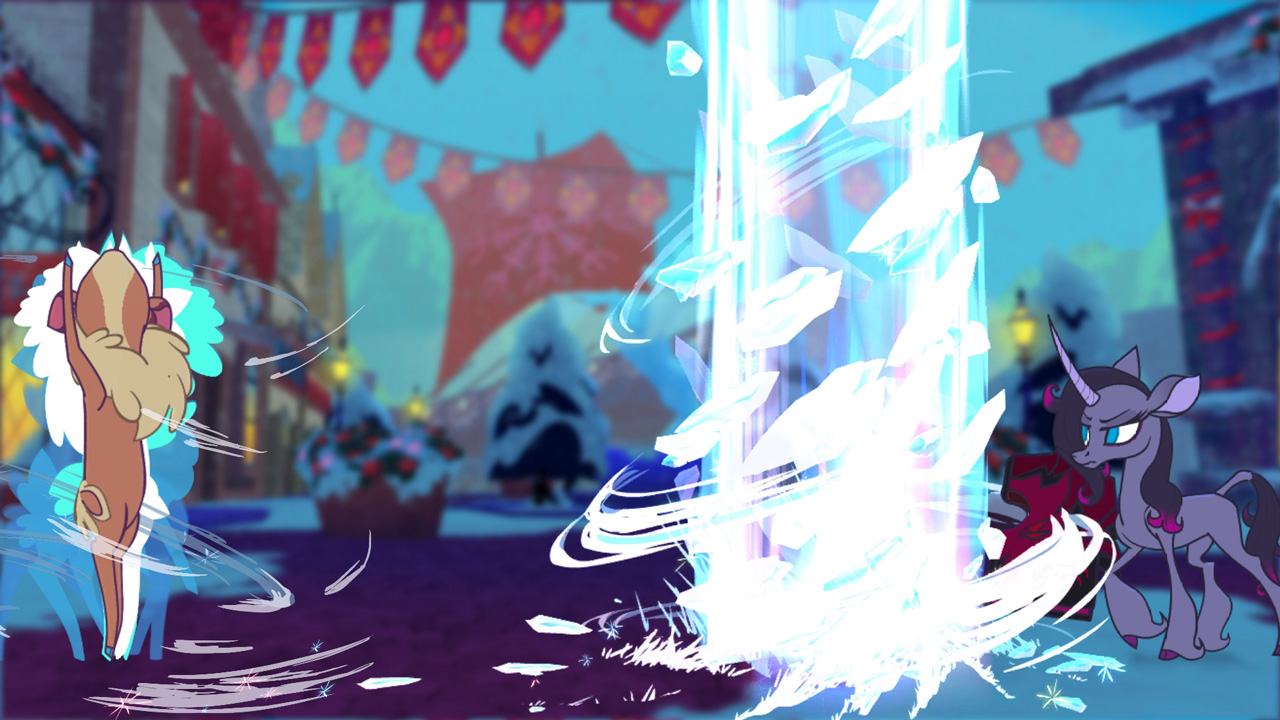 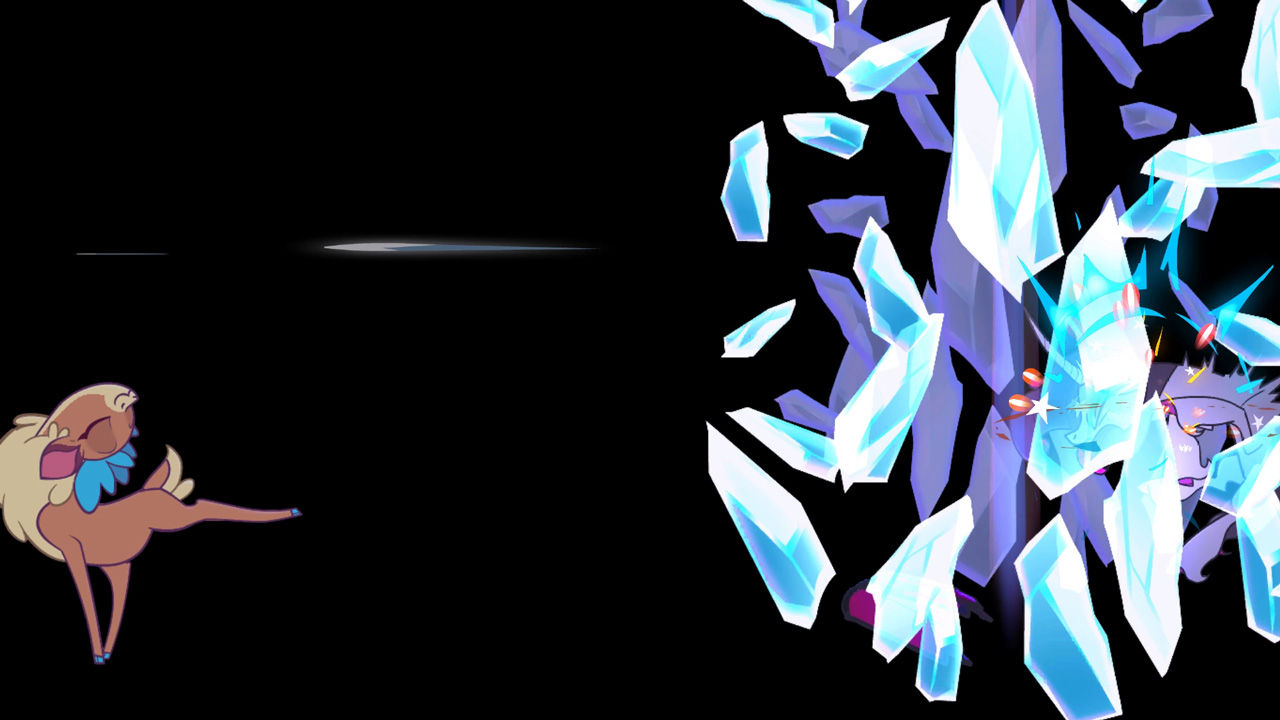